An Autonomous body under Ministry of Education, Government of India 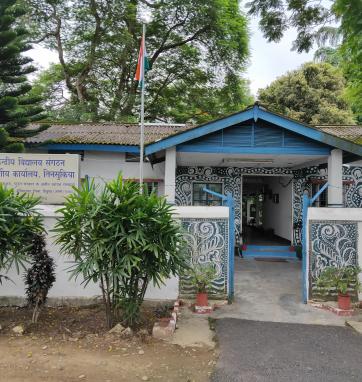 All 39 Kendriya Vidyalayas under Tinsukia Region are functional in single shift and are catering to the educational needs of more than 26,000 students. These vidyalayas are being monitored by a team of Assistant Commissioners and other officials, under guidance of the Deputy Commissioner. We are committed to achieve progressive targets of Kendriya Vidyalaya Sangathan as per the quality benchmarks set up by KVS Headquarter for excellence in each sphere of education.

Shri Santosh Kumar Mall IAS, Commissioner, KVS is the Chief Executive Head of the Sangathan and the Chief Administrator of Kendriya Vidyalayas. At the Headquarters, he is supported by two Additional Commissioners, five Joint Commissioners and other officials.

Each Vidyalaya is managed by a Vidyalaya Management Committee (VMC) which consists of a Chair person and 14 members. The Principal of the vidyalaya is ex-officio Member Secretary of the VMC. Our KVs belong to four sectors namely 1. Defence 2. Civil 3. Project and 4. Institute of Higher Learning. Kendriya Vidyalayas primarily cater to the educational needs of wards of Central/State Government employees. However, floating population can also seek admission, depending upon the availability of vacancies, on priority basis. Kendriya Vidyalayas aim to be pace setting educational institutions.